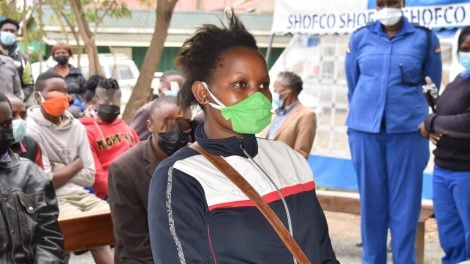 A woman who poured boiling water at her husband in a domestic fight after he allegedly returned home with a female companion has pleaded guilty to charges of causing grievous bodily harm.

Pamela Mwendwa is accused of causing the injuries to Sebastian Irukan whom they are married and have a child with. The Kibera Law court also heard that the couple has experienced a shaky relationship.

Ms Mwendwa told principal magistrate Sharon Maroro that her husband returned home with another woman and told her she had found the right one.

She said the other woman told her she had been told to remove her from the house in Gachui village within Dagoretti, Nairobi on July 23, when the incident happened.

“I started to pack to leave but before I finished, my husband took water that I was boiling to make tea and put it in a container, and approached me. We had a tussle before he burnt me and accidentally the water fell on him,” she said.

Irukan suffered injuries on the neck, shoulder and parts of his abdomen. Ms Mwemdwa took off after the incident and Irukan was helped out of the house by neighbours who heard him screaming.

He was helped to a hospital where he was treated before reporting to police and Ms. Mwendwa was later arrested after investigations were concluded.

She was released on a cash bail of Sh100,000 and an alternative bond of a similar amount. The case will be mentioned on August 30.

Related Topics:NewsPamela Mwendwa
Up Next