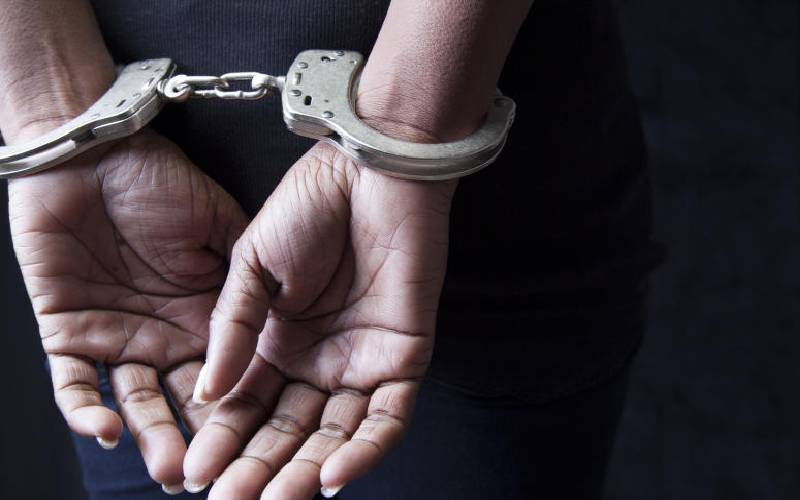 The Directorate of Criminal Investigation (DCI) on Sunday reported that a Kenya Defence Forces officer (KDF) was Saturday night killed at Kahawa Wendani in Kiambu County.

“The man was involved in a domestic dispute with his wife Violet Asale,”  the agency saidi in a statement.

The cause of the disagreement is yet to be established as DCI officers said the incident happened at around midnight.

According to authorities, Asale, 27, fatally bit her husband, a 37-year-old Private stationed at Gilgil KDF Camp.

Investigators said Asale bit off her husband’s finger. Bite marks were also found on the victim’s chest and shoulder.

“The 37-year-old officer died in his house at Kahawa Wendani in Kiambu’s Ruiru sub-county when his wife cast her teeth through his thumb, chest and shoulder,” a statement given by DCI on its Twitter account said.

Police were called to the scene after Asale took her husband to Kahawa Garrison Health Centre after he developed convulsions. He was pronounced dead at the facility.