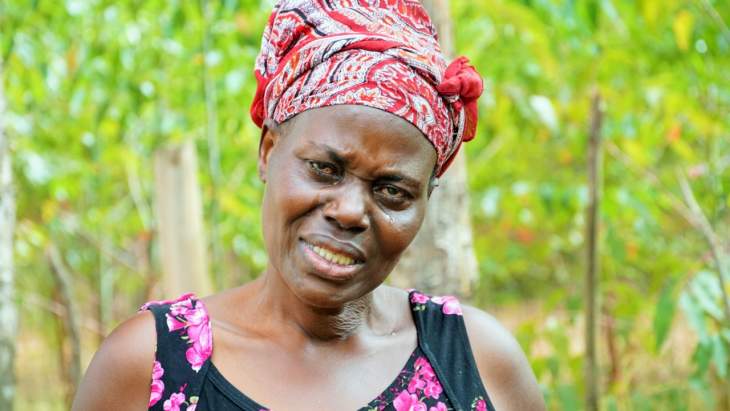 Sally Chepngetich Bett,  a middle-aged woman,  is demanding justice for her deceased daughter Emilly Chelangat who died after reportedly contracting meningitis while schooling at the Our lady of Mercy South B School in Nairobi.

That was six years ago.

“My daughter would be alive today if the administrators of the school cared to seek better medical care for her, ” a distraught Sally Chepngetich Bett says of her daughter, who died in the school of an illness that could have been treated had immediate action been taken.

Though her daughter has long been buried, Bett who on a daily basis visits her grave at their Kamagut Home in Turbo constituency, Uasin Gishu county to pray for her departed soul, says her quest for justice has hit a brick wall despite the interventions of the Parliamentary Education Committee and that of the Kenya National Commission on Human rights KNCHR.

Ms. Bett says:  “The parliamentary committee, that grilled the school administrators for failing to take my daughter to the hospital and even at some point claiming not to have known my daughter, directed that the Kenya National Commission on Human Rights investigates the matter and moves to court for the necessary legal action.”

She goes on: “It has been six years since then but A Mr Victor Kamau the head of the legal unit at the commission has deliberately denied me justice claiming that I should have had an out of court agreement with the school, I have been to the commission’s offices countless numbers of times to no avail.”

Emily was taken to a hospital in Namanga but her condition worsened and she was moved to Nairobi West Hospital in a semi-coma.

“She was diagnosed with meningitis and was rushed to the ICU where she stayed for five weeks,” she said.

Doctors said had she been brought earlier, the disease would have been detected and treated.

“In ICU, my daughter went blind and part of her body became paralyzed. She was taken for home care and was attended to by medical personnel who included a physiotherapist, but they stopped due to the huge unpaid bill,” she said.

After eight months of home care, Emily died on March 4, 2016, and Bett and her husband informed the school that has since denied them access to Emily’s school belongings.