Woman denied matrimonial property as they are not divorced 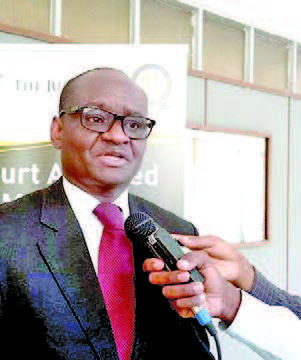 A woman seeking to have a share of her husband’s matrimonial property has been dealt a blow after the court declined her request, as they are not yet divorced.

“I will not venture to address the rest of the issues raised, for that will be un- academic as there is no jurisdiction to alienate property during coverture, such as in the present case, the suit before me is dismissed,” judge added.

EKM had filed the matrimonial case at the High Court in August 2018, seeking half share of the property she shared with her husband HUM. According to court documents, the woman told the court that her husband had their eight matrimonial properties registered under his name and that she was entitled to half the share by virtue of contributing to the acquisition of the property and welfare of the family. Supporting affidavit

EKM in her supporting affidavit had stated that she had married her husband before they acquired the property, which she took loans to pay for. She added that her husband, however ‘contracted other marriages and sub-divided the property and transferred it to the names of the sons of my co-wives, leaving me with nothing as I have no child of my own.” HUM, in his response, told the court that he was still married to the woman, who is his first wife and conceded that the contested property was acquired when EKM was the only wife.

He claimed that his wife did not contribute financially to the acquisition of property but did so in other ways. He added that he had shared and transferred the property to his children but with ‘no intention to deny the applicant her share in the property.’

Justice Musyoka noted that the division of the property could only happen after the parties ceased to be married and proved their divorce.

Related Topics:NewsWilliam Musyoka
Up Next