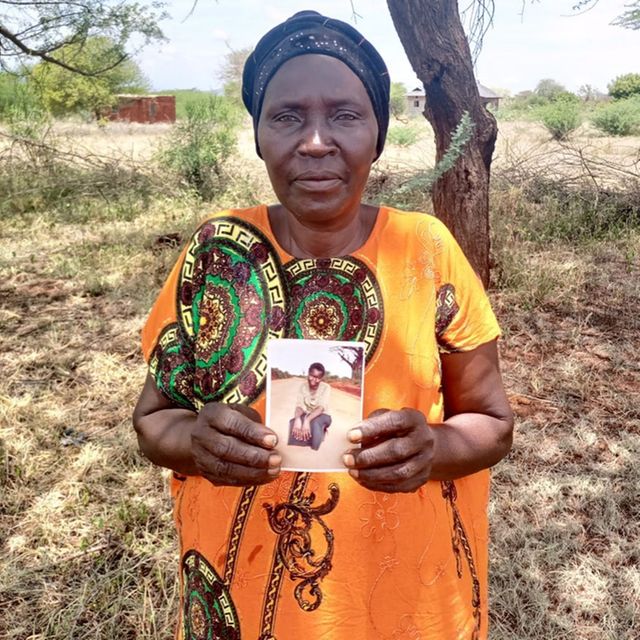 A 32-year-old woman died in Taveta, Taita Taveta county after waiting for three days for an ambulance to take her to a Voi hospital for further treatment.

Ms Sidi Said died in a car while being rushed to St Joseph Shelter of Hope, after getting a referral from Al-Shifaa Community hospital in Taveta where she had received treatment for three days.

According to the family, the hospital management had asked them to transfer their patient to Voi where she would get more tests and specialised medical care.

Her mother, Ms Ruth Mweni, said Ms Said collapsed at home, but due to the ongoing nurses’ strike in the county, she was rushed to Al-Shifaa, where the doctors failed to give a clear diagnosis of what was ailing her.

She said the family made numerous calls to the Taveta sub county hospital for an ambulance but they were told it was unavailable.

“Every time we called, we were given another contact to call for the ambulance to be released. On the second day they said the ambulance had ferried an underage girl who had given birth but they promised to come back later,” Ms Mweni said.

“We waited and they did not show up. On the third day, we decided to use private means but, unfortunately, my daughter died on the way.”

Ms Mweni said her daughter would have been alive were it not for the delay they experienced to get her proper treatment.

“At some point, we were told to contact some politicians for us to get the ambulance. Unfortunately, they were not picking our calls. My prayer is that no one should pass through what we went through last week,” Ms Mweni said.

Another relative, Mr Isaac Matolo, said the Taveta sub county hospital had asked the family to ferry the patient to the hospital.

The ongoing strike that has caused untold suffering to residents in need of health care worsened the situation following a scaling down of services in all facilities.

“We were told to carry our patient to the sub county hospital for her to get the ambulance yet the facility does not offer admission services. We were unable to do that because the patient was in a very critical condition and putting her in any vehicle that is not medically equipped was risky,” he said.

He urged the local government to boost emergency services in the county by putting in place measures that are favourable to all residents regardless of their financial status.

“This is a sad state of affairs. If you are in urgent need of medical assistance in this county, then you are likely to lose your life because there are no ambulances to rush you to hospital, especially when you are from a poor background,” he said.

Earlier this week, Nation reported that five ambulances are grounded in hospitals across Taita Taveta county, posing a challenge on how to handle emergency referral cases for patients.

Some patients are forced to use private ambulances, which charge a premium for the service.

The situation is a setback to rapid response, even as the county government implements the Universal Health Coverage (UHC) programme.

The county government, however, said eight ambulances had been deployed across the county.

Moi County Referral Hospital in Voi, which is the largest in the area, is served by only two ambulances.

The referral hospital is situated on the busy Nairobi-Mombasa highway and often receives road accident victims for treatment.

Taveta sub county is served by three ambulances while Mwatate and Wundanyi are served by one and two ambulances respectively.

County executive for Health John Mwakima acknowledged the problem, saying his office plans to revamp the emergency sector to prevent deaths that occur due to lack of transport to hospitals.

He admitted that the advanced and basic life support ambulances are not enough to serve all needy cases.

Mr Mwakima said the county government will acquire three more ambulances in the next financial year to boost referral services in the county.

“We are looking for spare parts to repair the grounded ambulances. We are also working towards improving the services by buying more ambulances in the next budget year,” he said.

He said all ambulances will be equipped with advanced life-saving equipment to boost referral services in the area to guarantee access to lifesaving health services.

He said the department has made progress in increasing population coverage with healthcare services by constructing and equipping facilities in villages, especially in far-flung areas.

He said patients at home are required to be ferried to the nearest facility for them to get an ambulance.

“The patient must be evaluated first before they are given an ambulance. There were incidents where people used to call for ambulances yet their cases were not severe. In such cases, we deny those who genuinely need critical care because of them,” said Mr Mwakima.

“The problem is that residents are not aware of the protocols to be followed when one needs an ambulance. We have agreed to conduct awareness for people to understand what to do when in need of such services,” he said.

Related Topics:Sidi Said
Up Next

VIDEO: Villagers are very happy that I married a Mzungu named Shishiria, an easy name to pronounce – Dr Wachira