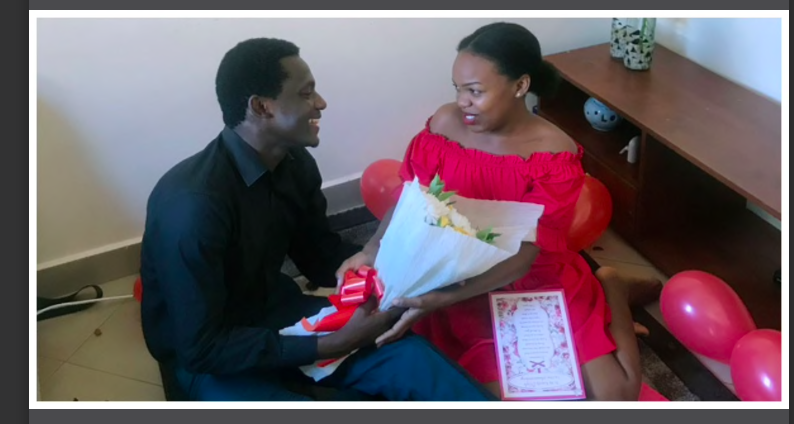 A woman has narrated how she ended up finding the love of her life through a recommendation from her pastor.

It all started back when Treasure Lwantale wanted to start an organisation that helps single mothers, and she needed someone who could help her.

Lwantale reached out to her church Pastor, Darryl Woodson, who then recommended a guy she ought to reach out to and consult.

The man, Moses Nsubuga, recommended by the pastor, was also going to the same church as the lady, and as soon as they started talking, the two hit it off.

“During the phone call, I was amazed by her ideas that afterwards, I told my workmates I had never met a woman as wise as she was and my interest in getting to know her was aroused,” said Moses.

“But the more I got to know her, the more I wanted her to be my wife. One day, I told her that unlike before, I now knew that my future wife had to be just like her,” added Moses.

However, during that time, Treasure was dating someone else, and even though she was in a relationship, Moses knew that he was going to marry her.

He says that he believed that if God could bring a woman with such an amazing character like Treasure, He will still send someone his way if the two did not end up together.

READ ALSO  Matiang'i says Kwaheri: Read the farewell letter he has written to the staff

Time passed, and he started falling in love with Treasure’s character, her walk with God and her values, and so did the friendship between them.

Then, Treasure’s relationship ended, which meant that she was back in the market as a single woman.

“Moses had a special interest in me, which he expressed to our pastor who first asked us to cut back on the time we were spending together to find out if our feelings were a product of proximity or something worth paying attention to,” says Treasure.

When Moses told her what his intentions were, she asked him to give her six months to think about it, and he was patient enough to wait for her decision.

The two did their introduction ceremony on June 1 and later got married on June 7, 2019.

They also faced the challenge of explaining to their families that they were in a position to get married as at the time, Treasure was only 23 years old, and her family thought she was too young for marriage.

The two ended up getting married and have been together ever since.

At one point, they lost their baby, who was 36 weeks old and together, they faced grief. According to Treasure, she could not have asked for a better partner than Moses.