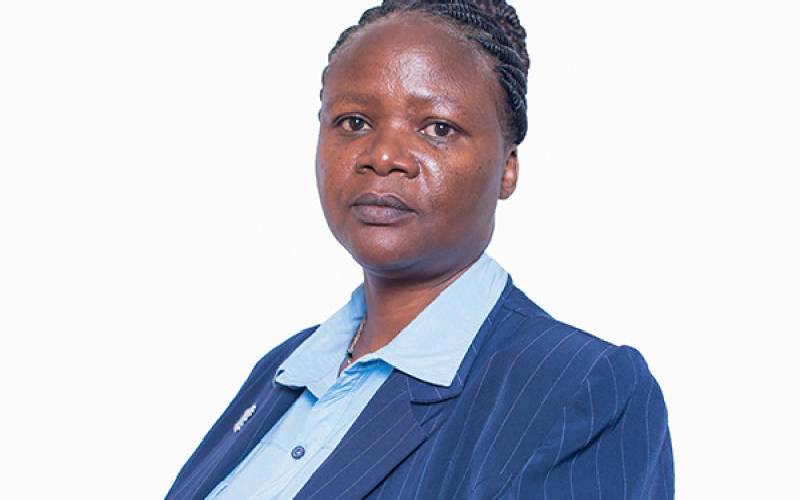 “She had no voice. She was silenced into accepting beatings to be her normal life until she nearly lost her own life. She is lucky to be alive.”

These are words used by Justice Roselyn Aburili to describe Truphena Ndong’a Aswani after she found her guilty of killing her husband on December 14 last year.

And, taking pity on her for enduring years of torture, the judge sentenced her to a one-day, non-custodial sentence. Actually, she spent the day in the courtroom for the duration of the session.

The judge further directed the judiciary to ensure she was given transport back home to Ukwala, Siaya County.

Justice Aburili also directed the probation officer to organise for counselling sessions for the mother of one to enable her recover from the traumatic experience she underwent at the hands of her husband.

For how long should a victim of domestic violence endure the suffering? What happens where children are involved?

For this, Justice Aburili had one advise: “Run for your lives, both women and men who are abused. There is no love that can never be lost. Be remembered and be celebrated as a person who escaped from the jaws of the lion and not as one who condoned being predated on by the ugly teeth of the hyena.”

In Ms Ndonga’s case, she endured the beatings to take care of her son, and four other children left by two wives, who ran away from the molester—James Oyengo Obochi.

The story of the 49-year-old mother is a sad one. She told the court that she was a farmer and tailor.

On the fateful day, the court heard that her husband returned home late after a drinking spree as was his norm and was served with dinner.

After he had fed and while intoxicated, he picked a quarrel with his wife, demanding the title deed to the family land.

She had been given the document by her father-in-law who thought his son was irresponsible and a drunkard. He reasoned that his son could sell the land and render his family homeless.

“She was trusted by her father-in-law to protect family land from the deceased predator, as the deceased had sold off his portion of land bequeathed to him by his late father,” the judge noted.

In the process of demanding for the document, he dashed to his bedroom, took a panga and as he raised it to cut his wife, she overpowered him and killed him in self-defence.

Realising that he was dead and out of fear, she carried the body and dumped it some 200 metres away in a neighbour’s farm and returned to the house.

A neighbour spotted the body the following day and reported to the village elder. She was later arrested after interrogation. When she was brought to court on January 27, she pleaded guilty but said she did not intend to kill him.

The judge entered a plea of not guilty and asked her to sign a personal bond of Sh500,000 and a surety or cash bail of Sh50,000. She failed to find a person to stand surety for her.

During the next mention date, the prosecution said they had decided to reduce the charge to that of manslaughter. Once again, she pleaded guilty.

In mitigation, she said she was remorseful and prayed for a non-custodial sentence, saying she has a family to take care of.

The woman further said she acted in self-defence and willingly surrendered to the police. She said she hid the body out of fear, and that she was a victim of perpetual domestic violence.

She showed to the court scars from previous beatings. Ms Ndong’a further recalled an incident on November 6 last year when her husband beat her until she passed out.

A neighbour took her to Luanda Kongango Hospital.

During her stay there, her husband appeared to be unconcerned yet she was seriously injured.

Ms Ndong’a told the court that Obochi had two previous wives who ran away, leaving behind four children.

She was taking care of all the children. At first, she said the beatings were because she was not able to bear him a child, but they never stopped even after she gave birth to a son.

“In the present case, considering the domestic violence that the accused had undergone over the years, occasioned by her deceased husband, the deceased is vividly described as an irresponsible, violent, brutal and torturous human being who did not treat the accused with any dignity or respect at all,” the judge said.

Justice Aburili said the woman was often beaten by a man who never provided for the family but she persevered and neither took revenge nor deserted him for her own safety.

“In my humble view, the threat and fear of death on the accused person was so imminent and so the only way for her to save her life was to immobilise the deceased,” the judge said.

The judge noted that she stuck with the husband despite the fact that he was HIV positive while she was negative.

“That although she discovered that the deceased was HIV positive while she was negative, she hung on to him and that at times he used to hide his anti-retroviral drugs then threaten to kill her and her child,” she said.

The woman told the court that she had cared for her father-in-law before he died and so, he gifted her the title to a portion of his family land to enable her feed the family.

In her judgment, the judge noted that, as the world marked the International Women’s Day, the question that the court faced was what can Ms Ndong’a be celebrated for, and what will she be remembered for?

“There are only two things to remember her for, from the facts of this case. One, is that she was a butchered, battered, dehumanised and violated woman who had no voice. She persevered through the domestic violence meted on her by her late husband who is described as irresponsible and violent.

“Secondly, she will be remembered as a person who killed her husband in the process of defending her own life” the judge said.

Tea at the Library