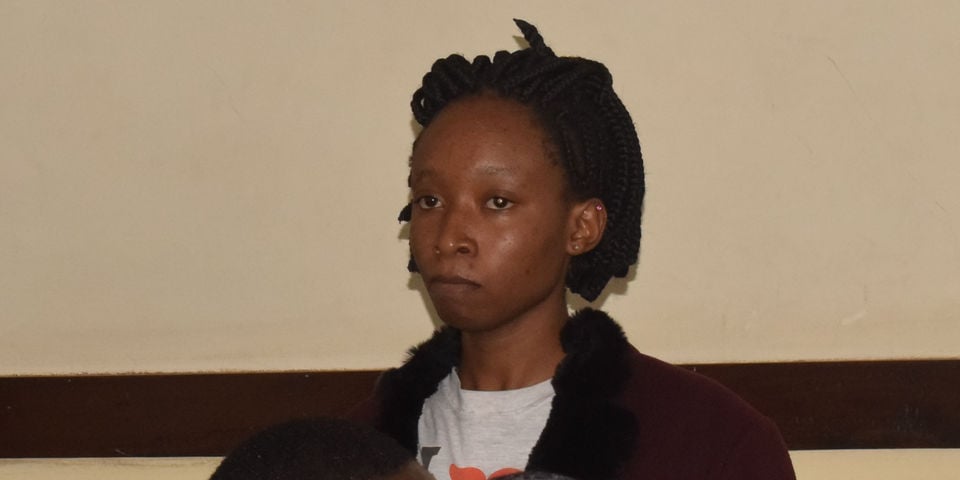 A young woman who is associated with a group that has been linked to a number of robberies and murders in Nairobi’s Eastlands neighborhood is being detained by the Directorate of Criminal Investigations (DCI).

At the Dandora police station, where detectives are looking into a case of violent robbery in which M-Pesa employee Regina Wanjiku had her four cell phones taken, Jane Owendi Omwinda is being held.

In connection with the robberies, the DCI’s Criminal Intelligence and Research Bureau (CRIB) investigators have also detained Danson Musyoka Mulee, Brian Wambua Mbindyo, John Mutiso Makau, Patricia Mulumba, and Evans Omondi. Omwinda is accused of having been cooperating with these individuals.

They are also suspected of killing Nicodemus Munyasya, 38, who was shot dead on October 31 as he walked home from a bank in Nairobi’s Savanah, Donholm area.

Munyasya had just deposited a check at the Family Bank in Donholm when thugs on motorcycles began to follow him, shot him to death, and stole a bag of disposable cups believing it to be cash.

During the heist in the Umoja 3 estate, the suspects shot Ms. Wanjiku twice as she stood on her feet; the incident was reported to the Mowlem police station.

Detective corporal Samuel Gichuki of the Dandora DCI offices claimed in an affidavit submitted to the Makadara Law Courts that police visited the location and found two spent cartridges and a phone that belonged to Omwinda.

Cpl. Gichuki was requesting that the suspect be held for seven days while investigations were being conducted. On November 19, a Sunday, she was detained.