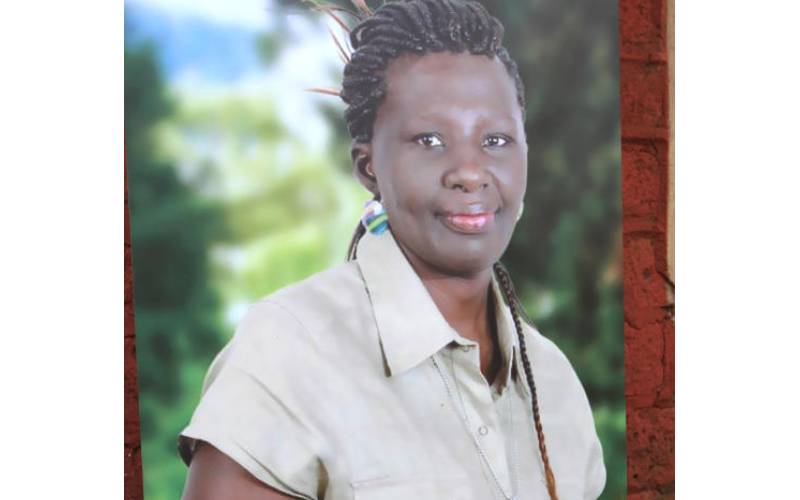 The family of a woman who was buried at a Nairobi mass grave is seeking answers after exhuming the body only to realise that her legs were missing.

The family is wondering why Kenyatta National Hospital (KNH) that handed over the body of Sabenzia Kilong, 48, to be buried at Lang’ata Cemetery did not inform them that she had undergone amputation.

“The body had a tag with her name but she did not have legs. Nobody seems to have an explanation on why her legs are missing,” said Monica Kilong.

A pathologist report indicates that there was traumatic amputation of both legs. The report which bears the signatures of Dr Kamotho Watenga and a Dr Oduor was prepared on May 27, this year.

The family had earlier demanded exhumation, complaining that KNH buried the woman without kin’s approval.

KNH defended the burial, explaining that the family took too long to claim the body and had to dispose it in line with government laws.

“The Public Health Act Cap 242 and the regulations thereunder Ministry of Health and the KNH Farewell Home policy and procedure manual provide for the burial of unclaimed bodies after 21 days from the day of death,” said the hospitals CEO Dr Evans Kamuri in a statement.

Sabenzia was admitted to KNH on December 20, last year, and died eight days later. She was buried on April 27 in a mass grave in what later led to a tussle between the hospital and the family.

Relatives claim they went to KNH on several occasions between January and March, this year, but were told that Sabenzia had not been admitted into the facility.

“We walked in all wards at KNH asking if they had admitted Sabenzia but they said nobody under her name had been to the hospital,” her brother Edwin Kilong had said in a previous interview.

It is only when they involved the Serious Crimes Unit to follow on the disappearance of their sister that they got leads that Sabenzia’s phone signals were last active around the hospital. It was later revealed that she had been admitted at the hospital, and a patient who had been admitted in the same ward took her phone.

It is the patient who had taken the phone who informed them that Sabenzia had died while being treated at KNH.

Initially, the Nairobi County lawyer Eric Abwao had objected to the exhumation, saying it will create public disturbance.

“If the body of Sabenzia Chepkesis Killong was buried in the mass grave together with 18 other bodies as per exhibit, then exhuming all the 19 bodies to take away one body shall be an exercise that may cause public nuisance against the provisions of the Public Health Act, Cap 242,” Abwao had said in an affidavit.

The exhumation and revelation that Sabenzia was buried without legs, the family says, has left them with more questions.