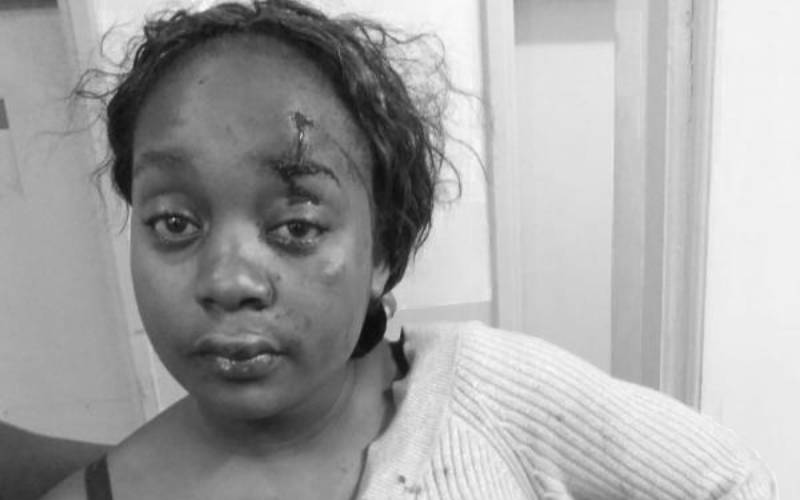 A woman has accused a police officer of assaulting her at a bar in North Imenti, Meru County.

Keziah Gakii, 20, said the officer, based at Naari in Buuru Sub-county, hit her with a beer bottle leaving her bleeding on Saturday.

Imenti North police boss Laban Omollo said a file on the incident had been opened and sent to the Office of Director of Public Prosecutions (ODPP) for approval of charges.

“We want to point out that the officer does not work in our sub-county,” said Omollo.

Ms Gakii sustained cuts on the face and hand and was treated at Meru Teaching and Referral Hospital.

She claimed she was having a drink with friends when the officer, who comes from the same village with her, walked into the bar and she demanded payment of a debt the policeman allegedly owed her.

“He is a customer here and I thought it wise to remind him, thinking he might have forgotten that he had an outstanding bill. He owed me Sh720 on some beers he had taken, but when I demanded that he clears the debt, he insulted me,” she said.

READ ALSO  PHOTOS: Jalang'o, wife Amina step out in matching outfits during vacation in Mombasa
Related Topics:Keziah GakiiNews
Up Next