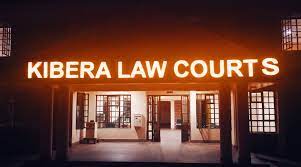 A woman has narrated to the court how her leisure time turned tragic after she was attacked while relaxing at a city club.

“After the attacks, two days later, I began bleeding profusely and I rushed to the hospital in the company of my house help. The doctor revealed that I had suffered a miscarriage,” she told the court on Wednesday.

She told the court that the club manager and waiters attacked her female friend, boyfriend and herself after an argument arose over an unpaid bill.

“My friend was asked to pay her bill but because she was drunk, she asked the waiter to wait a bit. I decided to pay the bill by myself and ask for a refund later on but my money and ATM cards were still in our car parked outside the restaurant,” she added.

She added that as she was discussing the matter with the waiter, the club manager punched her friend on her arm and ran outside.

The complainant followed her to find out why she hit her friend but to her dismay, she had allegedly called other waiters and together they assaulted them.

“Some of them pulled out my hair weave, kicked and punched me and pulled out one of my toenails,” the woman told the court.

She told the court that the club manager asked the gateman to lock the gate to prevent the trio from leaving even after the bill was paid and vowed to teach them a lesson.

“They were six women and one man who ganged up against us that night and rained kicks on us until the police on patrol arrived and stopped them,” she said.

The complainant is said to have sustained injuries on her left leg, right hand, head and abdomen.

In the case, Elizabeth Wambui, Esther Wanjiru and Serah Wangare are charged with causing grievous harm to the complainant on November 20, 2021, at a bar in the Waithaka shopping centre within Nairobi county.

The suspects when charged in court denied the charges and were released on Sh60,000 bond or an alternative cash bail of Sh 30,000 each.

Their lawyer urged the court to set another day for him to cross-examine the witness.