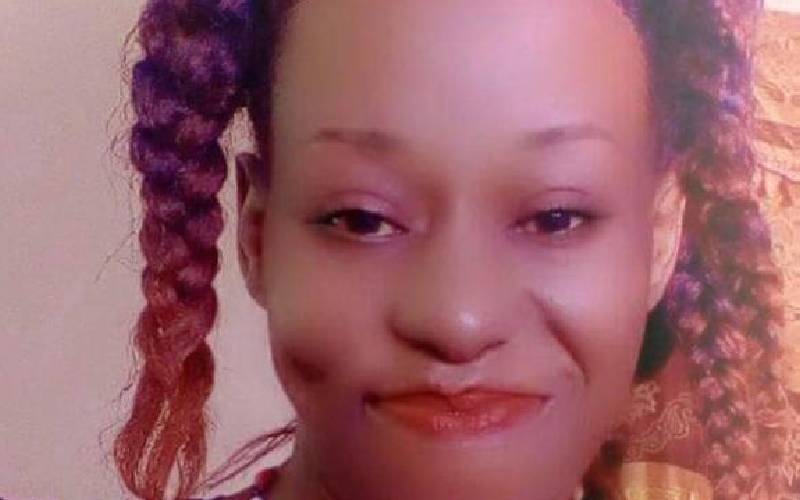 A 25-year old woman, who had been reported missing, was found dead in her house at Pipeline Estate in Nakuru town.

Police said the woman, identified as Mary Wanjiku alias ‘Ciku’, had been missing for almost one week before her decomposing body was discovered by neighbours.

Nakuru East Sub-County Police Commander Elena Kabukuru said the house was locked from inside, and that a foul smell led the neighbours to suspect that something was wrong.

“The house was locked from inside and the police had to break in, where they found the decomposing body,” Kabukuru said.

“We found some alcoholic beverage beside her bed but we will have to wait for postmortem results to establish what killed her,” she added.

According to Elizabeth Wanjiku, a neighbour, there was a choking smell in the compound that lasted for over a week, but was mistaken for a burst sewer line.

“The flat is still under construction and we assumed that the construction workers might have tampered with the sewerage system,” Elizabeth said.

She, however, said that the smell persisted and yesterday morning, the tenants who had complained for a long time became curious when they saw insects on the window of the deceased’s house.

“I insisted that there was something wrong inside our neighbour’s house. The construction workers peeped through the window and saw her lying on the bed,” she said.

The neighbours informed police who came and broke into the house and discovered the body.

Elizabeth said the victim had been a tenant for the past six years. She described her as a quiet person who had no issues with her fellow neighbours.

“She lived alone and kept to herself. I only knew her name today despite her being my immediate neighbour for years,” said Wanjiku.

The body was moved to the Nakuru County mortuary.