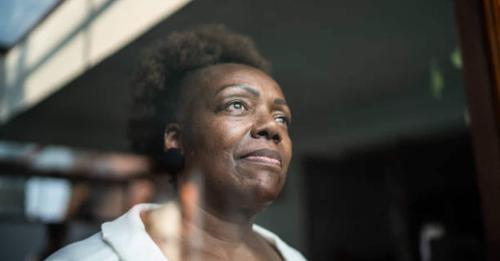 A single mom of four has narrated how she decided to leave her marriage after the man she met and married while she already had her son suddenly changed.

The woman who made the confession in a mom’s group said the man initially accepted her with her son until after their wedding.

She narrated how the man requested her to take her son to an orphanage but instead, she decided to take him to one of her sisters.

“He was only four years old by then. I pleaded and cried but he didn’t want to hear anything about him,” she narrated.

The idea was for her to support him while still there. She then went ahead and gave birth to three children with her husband. But there was a problem, the man couldn’t keep a job for more than six months. So this means she would cater for 80 percent of the expenses at home.

As if that was not enough, her husband still got angry after finding out that she paid school fees and other expenses for her son. He instead insisted that the money be spent on the three kids she has with him.

At this point, the woman said she had enough and opted to walk out of her marriage with her three children.

“It’s been two years since I went back to my dad’s house with my kids. Recently I decided to officially file for divorce since I am legally married, but his family is getting angry that I am refusing to go back to my marriage despite their pleas,” she narrated adding that the man has no place in her heart anymore.

“I have peace now with all my kids with me.”

READ ALSO  Ex-Kenyan journalist wins Ksh10 Million in the US
Related Topics:News
Up Next