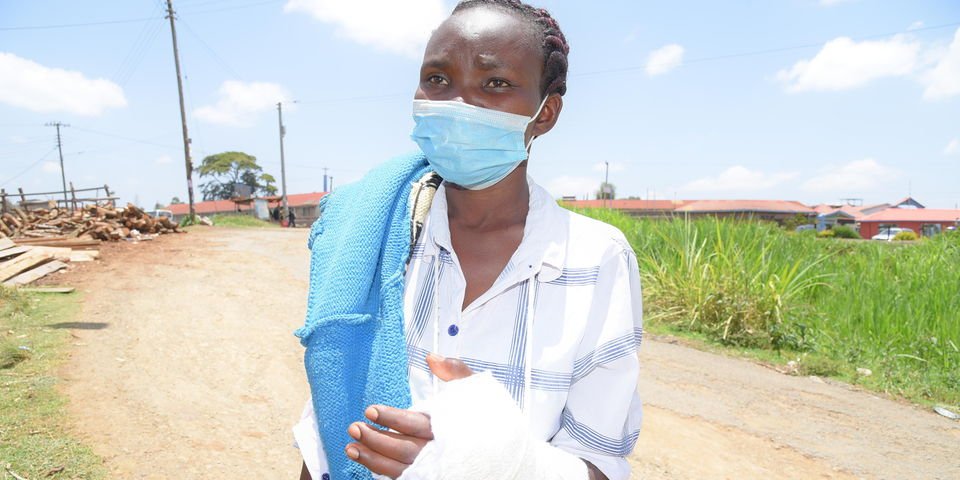 A 25-year old woman from Kiria Ntonyero village in Imenti Central, Meru County is seeking police help to arrest her husband whom she claims broke her arm for a second time in three months.

Ms Mercy Kendi claims her husband waylaid her as she headed to a neighbour’s house where she had sought refuge following the earlier attack and hit the left arm with a metal bar.

Narrating the Friday incident, the mother of two said the arm had just healed after being broken by the man identified as Mr Eric Mwaki on December 10, 2020.

She says the two incidents were an escalation of a spate of violence that forced her to move out of her matrimonial home.

Her problems were compounded by police inaction after she reported the first attack at Kariene Police Station on December 13, 2020 through OB 13/20/10/2020. She also claim that the local administration has shown no interest in her case.

Ms Kendi, who is an orphan, claimed that when she reported the matter to an administrator, he chased her away from his office and warned her against pursuing justice.

“He chased me out of his office like a dog and told me that since I had reported the matter (to the police), I should start residing in the police station. Since I don’t have parents, I went to my relatives and my uncles told me to go back to my husband until I recuperate. I have nowhere to go to and my children are suffering,” she narrated.

Ms Kendi says she feared that her two children, aged 10 and one-and-a-half, would suffer since she could not fend for them due to the injured arm and threats to her life.

“I have not known peace ever since my arm was broken and I reported the matter. My husband has threatened to kill me. My life is in danger and I can no longer move around the village freely out of fear,” she said.

Human rights activist Salesio Thuranira said there has been an escalation of unresolved cases touching on gender-based violence due to inaction by chiefs and police.

“This woman has been attacked for a second time and you can see that the man has never been arrested. It means that someone is sleeping on his job,” he said.