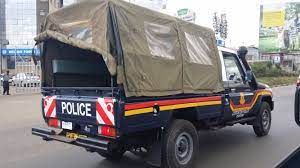 Investigators from the Kasarani police station are looking for a woman who is suspected of stabbing her ex-boyfriend, a police officer assigned to the Zimmerman police post.

According to a statement made by the Directorate of Criminal Investigations (DCI) on Monday, Pamela Njambi, 30, attacked the officer on Sunday night as he was leaving her residence after they were unable to patch up their relationship amicably.

The cop told DCI detectives about the event around 10 o’clock, saying that Njambi had invited him over to “rekindle the fading flames of their once glorious romance,” but he had already moved on.

Njambi, who was disappointed by his reaction, secretly followed him as he left her house.

“Upon reaching the gate to the apartment, the woman stabbed the officer with a sharp object before fleeing into darkness,” wrote DCI.

The officer then received help from neighbours who responded to his screams.

“Loud screams by the police corporal of Uuuuui Uuuuuui! Nisaidieni rent the air as the officer sought assistance from well-wishers who responded immediately,” said DCI.

“They rescued him as he bled profusely and rushed him to St John’s hospital where he received first aid before being transferred to a specialized facility within the city for further treatment.”

The cop, who was stabbed in the abdomen, is in stable condition and is being monitored by medical personnel.

A manhunt has been started in the interim for Njambi, who is still the prime suspect.