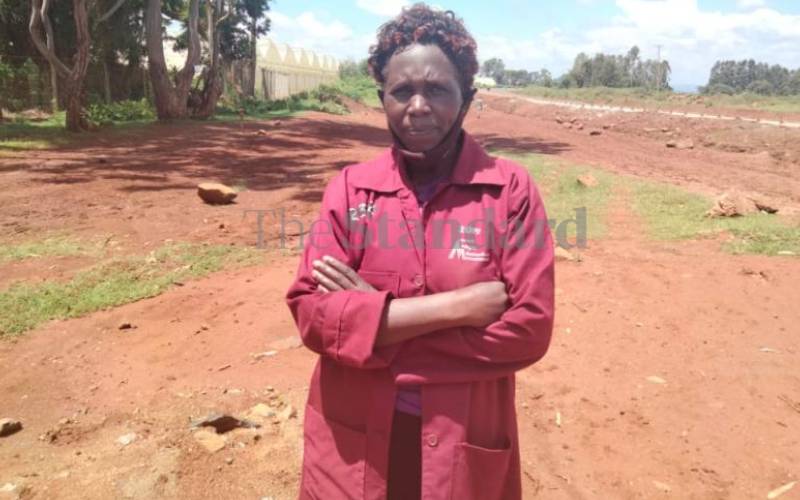 When a gun-toting man stormed her homestead in Kaptegaa, Endebess in Trans Nzoia County, Evelyne Barasa was about to retire to bed just after having a meal with her family.

Mrs Barasa did not know that the self-defence skills she learned 30 years ago while at Sendera Primary School in Kapsokwony would enable her to tackle the suspect before he could even fire a single shot.

The Standard caught up with her outside her work station at Mt Elgon Orchard. She narrated how the skills she perfected several years ago gave her the right skill-set.

Barasa said when the training was introduced, to her, it was just another opportunity to enjoy judo, a game she enjoyed playing alongside her friends in school.

She would bring down her friends in the sport whose winning formula depends on one’s speed and balance.

But as fate would have it, she dropped out of school in Standard Eight after her parents failed to raise school fees for her secondary school education.

That skill came to her rescue when an armed robber ambushed her family at their home in Kaptegaa village in Endebess last Sunday.

Her mind raced like a school boy on a wild goose chase. She instantly recollected the teachings of her fitness club teacher.

“We had just finished taking supper and I had risen up to take my sleeping baby to bed when the gunman stormed. He pointed the gun at me and demanded Sh200,000,” she said.

She says it was through God-given wisdom that she gathered courage to confront the enemy.

“I pounced on the attacker’s knees, pulling him to the floor, landing with a thud. My husband, Philip Nakhisa came in handy, and together with the help of neighbours we subdued him,” she said.

A mother of three, Barasa works at the Mt Elgon Orchards, an agricultural enterprise in Endebess that deals with the export of horticultural produce. She treks daily to and from her workplace, covering a total of at least 14 kilometres.

She said the walk keeps her fit, noting that women are not weak.

“We live from hand to mouth, and I wonder how someone would try to solicit such an amount from us when we struggle to fend for the family. My meagre earnings supplement what my husband fetches from his boda boda business,” she said.

Nakhisa respects his wife for playing many roles usually perceived as male domains.

“She is a strong woman who performs any role regardless of its nature and with this, she has played a pivotal role in the family life,” he said.

She said the robber was arrested, but the people mentioned as his accomplices are still at large.

A Kenyan Owned, US-Based Company Strikes A Partnership Deal With A Top US University