Alzheimer’s: Mum has to be bathed, dressed and reminded to eat

Larry Madowo was first workmate to give me baby gifts, Jane Ngoiri 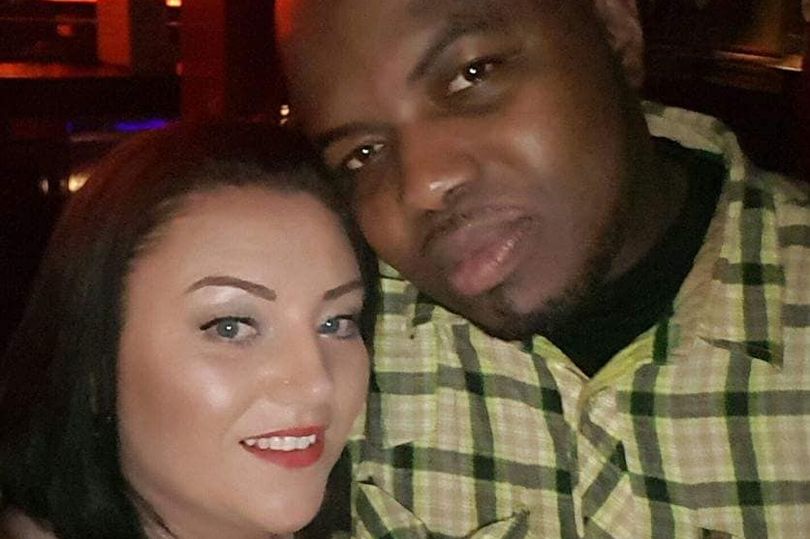 A Tesco worker who died of Covid-19 had often told his wife how customers visited the supermarket without a face mask, it has emerged.

Eric Ohene-Adjei, 46, was admitted to University Hospital of Wales in Cardiff with breathing difficulties in late February, after testing positive for Covid-19 following a late shift.

He spent seven weeks in intensive care, which his wife Rachel described as “hell” as she wasn’t able to be by her beloved’s side.

The mum-of-three described how she had been called in on April 7 to say her last goodbyes but her husband had then miraculously recovered to the point he could breathe alone.

But by the following Monday the situation had once more degenerated and doctors called Rachel to tell her he had no more healthy tissue left in his lungs, Wales Online reports.

“Not being able to be by his side was gut-wrenching,” she said. Eric died on April 17, leaving three kids behind.

He had first shown symptoms of coronavirus following a late shift and would often tell Rachel, whom he met in Cardiff and married in Ghana in 2007, about customers coming into the store “without masks on”.

“He would come home and tell me people were coming in without any masks on only to have them say they’re exempt,” she said.

“They didn’t have to show anything or do anything to prove it. Some people have genuine reasons but not everyone can say they’re exempt.

READ ALSO  I am fat: The rise of body positivity movement

“People think the virus is a massive joke but don’t understand they’re risking their lives and the lives of their loved ones.

Rachel said their three children – Isaac, 12, nine-year-old Jacob and eight-year-old Ebony – “understand that he’s gone but don’t understand why” and just “want their daddy back”.

Tributes have been flooding into the family from people who knew Eric from his job as a security guard at the Tesco Superstore in Cardiff.

“He would be so overwhelmed, grateful and thankful for all the support myself and the children have been given by everyone.

“Friends from back in school in Ghana, in London, in Ireland, he left his mark on everybody. He was a people person and such an exceptional man.

“He was proud of me, proud of our children and took pride in everything he did.

“I’ve never known anyone so happy to go to work. He was massive talker.

“It didn’t matter what the job was, he always had a smile, always spoke to everyone no matter their race or religion, everyone was his friend.

“I just want him to know how much we love him and we miss him. His memory will go on,” she added.

Helen Davies, Rachel’s cousin, has set up a JustGiving page with the aim of raising £5,000 towards funeral costs and for supporting the family with expenses.

She said: “Eric was such an outstanding, bubbly family man. His personality shone through everything he did and he always went the extra mile for people.

“He was working all through lockdown. I just want people to understand that the virus has not gone.”

Manager of the Tesco St Mellons Superstore Nigel Roberts said: “Eric was a much-loved member of our store team, and everyone here is deeply saddened to hear of his death.

“He was a really lovely guy and a great character, who was very active in the local community. We will be opening a book of condolences so that all colleagues can leave their personal tributes to him, as he touched the lives of so many people.”

Eric was described as a “proud Ghanaian” and was in the process of writing a book to “give people an insight into his ethnic background”.

“He didn’t want to just tell people about Ghana he had Jamaicans and Nigerians involved and wanted each culture to write a chapter about their experiences,” Rachel said.

“Whatever he did, he always did it for other people.”