You can't proceed with the referendum, prominent Nairobi Lawyer tells Uhuru and IEBC 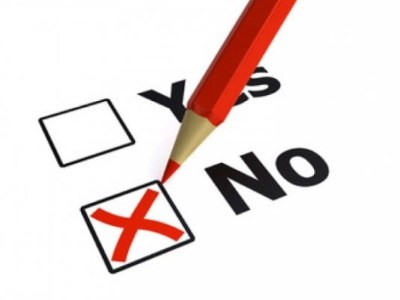 A Nairobi-based lawyer has moved to court seeking to quash the process used by the Independent Electoral and Boundaries Commission (IEBC) in verifying the signatures collected in support of The Constitution of Kenya (Amendment) Bill, 2020.

Mr Charles Kanjama wants the court to compel the IEBC to carry out proper and adequate verification of signatures in order to ascertain whether the Bill was supported by at least one million registered voters.

In the petition certified urgent by Justice Jairus Ngaah, the lawyer is questioning how IEBC proved and ascertained the 1.14 million signatures that informed its decision to send the BBI Bill to the county assemblies were genuine.

He says the commission had confirmed to him that it had not verified the signatures to ascertain whether the BBI Bill was supported by at least one million registered voters.

Mr Kanjama says the Commission, in a letter dated February 11, 2021 addressed to him, indicated that it has no database of voters’ signatures and that it only maintains the biographic and biometric data of registered voters.

The response was to a question he had raised with the commission’s chief executive officer as to whether the IEBC voters’ register has signatures of voters.

Other questions were on whether the commission gained access to other government agencies citizens’ signature databases and whether the verification included visual comparison of signatures with another database.

In its response, IEBC said it had not done so. It explained that it also does not have the forensic ability to verify signatures, according to documents in court

Mr Kanjama questions how IEBC concluded that the amendment Bill had been endorsed by a total of 3.1 million registered voters based on the signatures that were verified.

He further says the whole process is illegal because IEBC failed to issue a Gazette notice or an advertisement inviting Kenyans to confirm their signature details.

The lawyer argues that the statement by IEBC dated January 21, 2021 asking voters to confirm if they had indeed signed with the deadline for objections being January 25, was illegal.

According to him the period of less than five was extremely short and that the process given by IEBC of accessing files was unreasonable. He says IEBC violated his rights and fundamental freedoms, including the right to access information, political rights, fair administrative action and access to justice.

“There was no voter education on how to carry out the process of confirming their details. The process is largely inadequate and inaccessible to the public. A voter has to write a letter if they wish to communicate an objection,” explains Mr Kanjama.

He adds that the size of the voter files provided by IEBC electronically are very large — over 100 megabytes  — to be accessed on a mobile device.

Further, he says that the information in the linked files is not arranged in any particular order, including per constituency, to facilitate ease of verification.

He wants the court to quash the entire decision made by IEBC on verification of signatures and transmission of the constitutional amendment Bill to the county assemblies.

He argues that IEBC used its administrative powers wrongly by failing to involve the public and giving them adequate opportunity to confirm their details.

Judge Ngaah directed him to furnish the respondents — IEBC and the Attorney-General — with copies of the court papers by close of business Thursday.

Later the IEBC and the Attorney General will respond within seven days.

Fundraiser And Memorial Service For Kimani Karangu Of Atlanta, Georgia