You won't believe how Moses Kuria celebrated his 50th Birthday 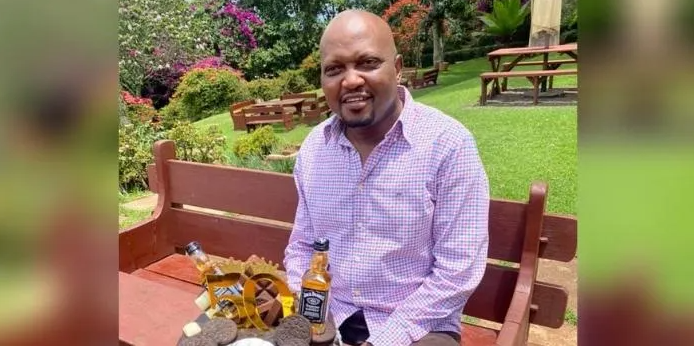 Gatundu South MP Moses Kuria celebrated his 50th birthday in style holding two parties; a public one and a private one.

The first party was held at Gatundu Children’s Home where he shared the day with the minors and donated foodstuff and other supplies.

He then flew out to an undisclosed location using a Eurocopter AS350 Écureuil chopper whose market rates are upwards of Ksh 175 million. 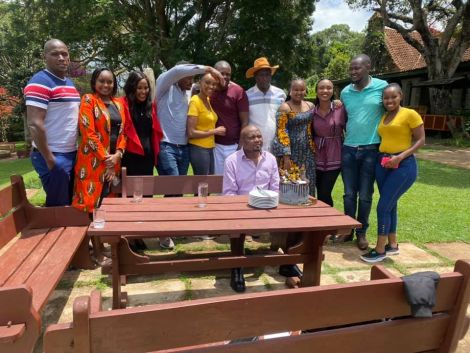 The chopper is a single-engine and single pilot light aircraft that can be used for passenger travel, medical rescue and transfer and police work. 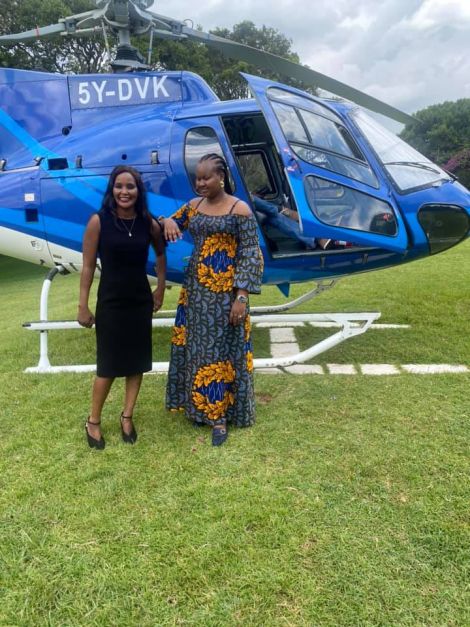 The event only had a handful people and featured a private performance by upcoming Kikuyu musician DJ Fatxo.

According to exclusive photos from the party, the scenery suggested the location was out of the city.

The theme of the cake was a dark shade of brown and gold decorated with oreo chocolate biscuits and miniature Jack Daniels bottles.

According to aviation records, the helicopter is owned by a wealthy Indian businessman.

Helicopter travel is a reserve of politicians and businessmen who need to travel around the country in the shortest possible.

A few of the individuals who are known to own choppers include President Uhuru Kenyatta, Deputy President William Ruto, Baringo Senator Gideon Moi and ODM leader Raila Odinga who is said to be expecting a delivery of 4 aircrafts for the 2022 General Election campaign.

With the polls just a year away, the skies are about to be heavily populated by choppers as politicians run their campaigns.

Kenya Association of Air Operators, CEO Eutychus Waithaka, said in a past interview that some of the helicopters used are personally owned by the politicians while others are leased from operators and only branded for the period of hire.

KTN News anchor Ken Mijungu has identified the opportunity and launched his own Helicopter Charter business in readiness for the campaign period.

Through his social media pages, the journalist revealed that the helicopter charter (a business of renting out an entire aircraft as opposed to individual aircraft seats) will set one back USD 1,700 (Ksh 186, 065)  an hour.

“The choppers operate all over the country, they are based at Wilson, 5 at our disposal plus a private jet. We target anyone who loves luxury,” Mijungu told Kenyans.co.ke in a recent interview.

A Kenyan in US accused of sexually assaulting an autistic woman