Zelensky demands the UN 'act Immediately' on Russia Or dissolve itself 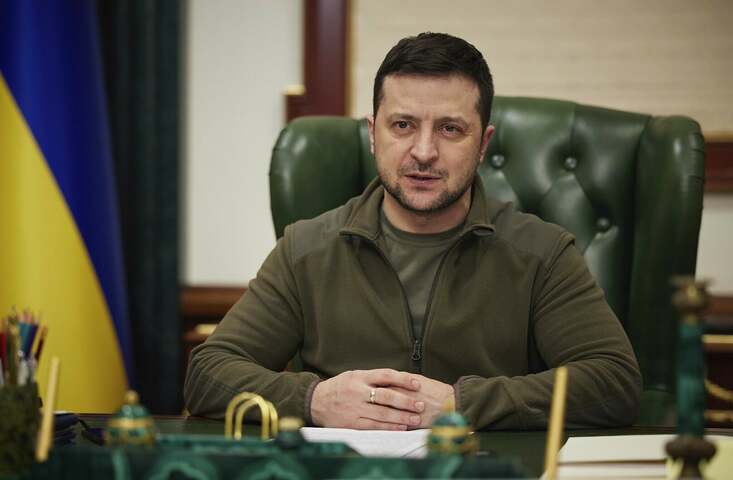 During a scorching address Tuesday, Ukrainian President Volodymyr Zelensky implored the United Nations to “act soon” or “dissolve yourself altogether,” showing terrible footage of dead bodies — including children — he claimed were casualties of Russian brutality.

Zelensky compared Russia’s activities in Bucha and other Ukrainian cities to atrocities carried out by “terrorists” such as the Islamic State group, and demanded that Russia be expelled from the 15-member Security Council “so it cannot block decisions on its own aggression, its own war.”

Russia possesses a veto as one of the five permanent members of the UN Security Council, which it has used to block proposals and talks on the international level.

That implies Russia cannot be ejected from the organization since it would merely veto any Security Council decision or resolution to do so.

“If there is no alternative … then the next option would be dissolve yourself altogether,” Zelensky continued.

“Ladies and gentlemen, are you ready to close the UN? … If your answer is no, then you need to act immediately.”

Zelensky, bearded and dressed in his now-famous military green T-shirt, spoke from Kyiv, giving a horrifying account of the massacres he claims Russian troops committed on people in Bucha, a village outside the Ukrainian capital.

Russian military had captured Bucha, but after they left, Ukrainian authorities and independent international journalists, including AFP, discovered  dead bodies dressed in civilian attire, some with their wrists bound behind their backs.